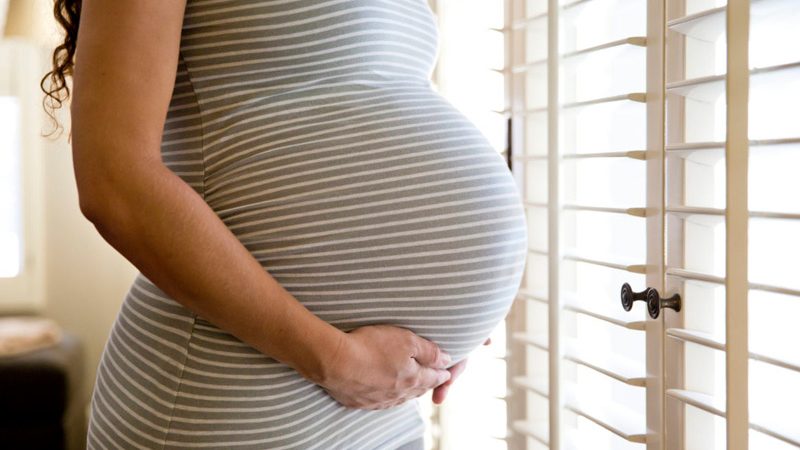 With all the noise around pregnancy, it can be tricky to work out what advice is true and what is just an old wives’ tale. Here we separate fact from fiction.

Yes, you are not just eating for you. Yes, you should up your calorie intake a little during the third trimester, but the idea that you should be eating for two is, unfortunately, myth. In fact, during the first six months of pregnancy, your energy requirements do not change. In the final trimester, the NICE guidelines recommend adding an extra 200 calories a day, which is roughly equivalent to a small handful of nuts, seeds, and dried fruit.

Conversely, putting on too much extra weight can harm mother and child, increasing the risk of miscarriage and premature birth.

2. You should avoid cheese – half true

This depends on whether or not the cheese is pasteurised. If it is, it should be fine. If not, it may be safer to put it back on the shelf, for now. The same rule applies to milk and yogurt. Cheeses like mozzarella, feta, paneer, ricotta, and cottage cheese are all pasteurised and so should be fine to eat during pregnancy.

The other thing to watch for is mould ripened cheese, which includes soft blue cheeses like gorgonzola and roquefort, as well as those surrounded by a white rind like brie and camembert. This is because mould ripened cheese tends to be less acidic and contains more moisture than other types, which makes it the perfect breeding ground for potentially harmful bacteria, such as listeria.

The good news is that it is perfectly fine to eat cheese, pasteurised or not, if it is cooked. This should remove any dangerous bacteria. Hard cheese, like cheddar, parmesan, and stilton, should again be fine to eat, even when its not made from pasteurised milk. There is a slim chance that it contains potentially harmful bacteria like listeria, but because hard cheeses contain less moisture than softer cheeses, the risk is much lower.

3. You cannot run while pregnant – false

Another myth. In fact, the more active you are during pregnancy, the easier labour and the post-pregnancy bounce-back will be. General advice here is to continue your regular exercise routine for as long as possible. Of course, if it becomes uncomfortable, it may be time to slow things down.

The usual exercise rules apply – remember to warm up and cool down, drink plenty of water, and avoid exercising if it is too hot. It is also best to avoid certain contact sports, which could risk hurting the baby, such as boxing, or sports were there is a risk of falling, such as horse riding.

For more suggestions on exercising during pregnancy, click here.

4. You should take multivitamins – false

The latest research suggests that taking pregnancy multivitamins is utterly pointless. Vitamin A supplements should be actively avoided as too much of the nutrient can be harmful to the baby, which is also why pregnant women are advised to avoid eating liver. However, it can be beneficial to take folic acid and vitamin D supplements to improve the health of mother and baby.

5. You should sleep on your left side – false

This advice came courtesy of a study published in 2017 that found foetuses spent slightly more time asleep when the mother is resting on her left side, but ultimately there is no real reason to pick left over right. The differences were barely significant, the study was small, and the baby will be healthy whichever way you chose to sleep. However, it can be best to avoid sleeping on your back during the third trimester. Not only can it cause problems with discomfort, breathing and back pain, it may increase the risk of stillbirth.

6. You should avoid raw meat and fish – mostly true

When pregnant, it is safer for the baby to have your steak well done. As a rule, it is best to steer clear of raw meat, which can cause toxoplasmosis, a parasite-borne infection that, although rare, can harm the unborn child. Toxoplasmosis can also be contracted from untreated water, soil, and utensils that haven’t been properly washed after touching raw meat.

Eating fish is extremely good for both mother and baby but it can be important to consider what type of fish you eat (and how you eat it). Pregnant women are advised to avoid swordfish, shark, and marlin entirely because these fish can have a high mercury content. Tuna also falls into the high mercury bracket but can be eaten in moderation, which is roughly once or twice a week. It is fine to eat shellfish provided it has been thoroughly cooked beforehand. This will kill off any dangerous bacteria. And despite what you might think, sushi is usually perfectly safe to eat while pregnant because in the UK, the fish tends to be frozen before use, which kills off any harmful bacteria or parasites. Of course, it is always best to err on the side of caution and check that this is the case.

7. You should avoid cats – false, but do avoid litter boxes

Luckily, you won’t have to relocate Fluffy if you fall pregnant. Pregnant women have been advised to steer clear of cats because of a parasite called Toxoplasma gondii, which can cause toxoplasmosis.

Generally, it is nothing to worry about. Roughly a third of people in the UK are thought to contract toxoplasmosis at sometime or another during their lifetime. Most won’t notice any symptoms because their immune system can easily handle the infection. Pregnant women, however, are more at risk and there is a chance (albeit a small one) that toxoplasmosis can cause miscarriage, stillbirth, or birth defects.

The parasite isn’t transmitted through cat’s fur, only through their faeces – so if you are pregnant, it is probably a good idea to get someone else to clean the litter.

8. You should avoid peanuts – false

For a long time, women were advised to avoid potentially allergenic-causing food, including peanuts. If you have a family history of allergies, it is true that your baby is more likely to develop allergies but there is no evidence to suggest that removing these kinds of foods from your diet is going to reduce that risk. In fact, recent studies have suggested eating peanuts and other tree nuts five times or more a week will do more to lower the chance your baby will develop an allergy to tree nuts.

9. You cannot have natural birth after you have had a C-section – depends

This one depends on the type of C-section you had and it’s always best to discuss with your doctor. Women who had a vertical cut C-section cannot have a vaginal birth because there is a high risk the scar could rupture. Those who have had a transverse cut may be able to go through with a vaginal birth, but it depends what the other risk factors are.

10. You should avoid alcohol and caffeine – partly true

If you are a coffee addict, it is best to cut down your consumption but you don’t have to cut it out altogether. Current guidelines recommend sticking to 200 milligrams or less a day. That is equivalent to two mugs of instant coffee or two and a half mugs of tea.

As for alcohol, there are studies that suggest low alcohol use of one to two units once or twice per week won’t do much to harm the baby. However, there is not enough evidence to confirm this and official guidelines continue to recommend cutting booze out completely for the duration of the pregnancy.