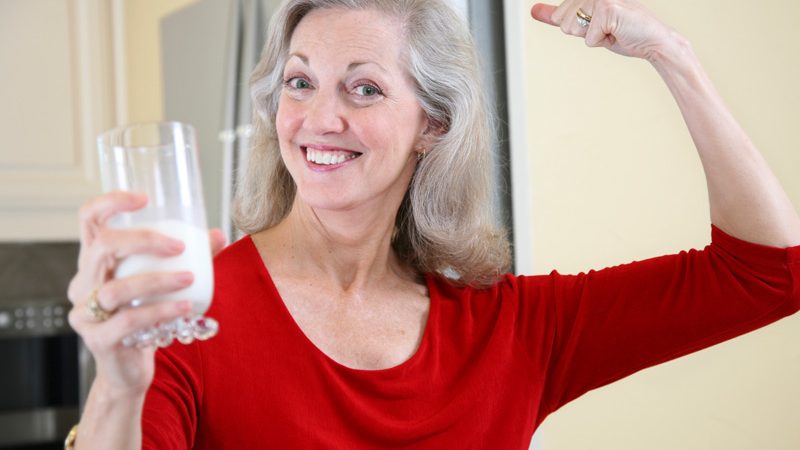 Older women can reduce bone loss (aka osteoporosis) by half just by adding a probiotic supplement to their daily routine, a new study has found.

As we age, our bones become more brittle, which can increase the risk of breakage even from something as simple as a fall. The majority of women over 80 have osteoporosis and there are effective remedies to treat the condition. But, because it is rarely diagnosed before an incident like a fracture, there is a real need for preventative treatments, says Mattais Lorentzon of the University of Gothenburg.

Lorentzon’s team led a study that followed 90 women with an average age of 76 years, some of whom had been given a placebo and some of whom had been given a powder of the health promoting Lactobacillus reuteri 6475 bacteria. This is a bacteria that can be found in the human gastrointestinal tract but can be supplemented with medication or with food where it is naturally occurring, such yogurt, kefir, milk, and kimchi.

After a year of taking the probiotic supplement (or placebo) daily, the researchers tested bone loss in the lower legs, comparing the results to tests taken before the experiment started. The women who had taken the additional probiotics experienced roughly half the bone loss of those who had taken the placebo. What’s more, there were no noticeable side effects.

The conclusion here seems to be that probiotics are a safe and effective way to slow down bone loss. This is the first time researchers have shown that taking additional probiotics can help protect the skeleton from age-related degeneration.

The study was published in the Journal of Internal Medicine