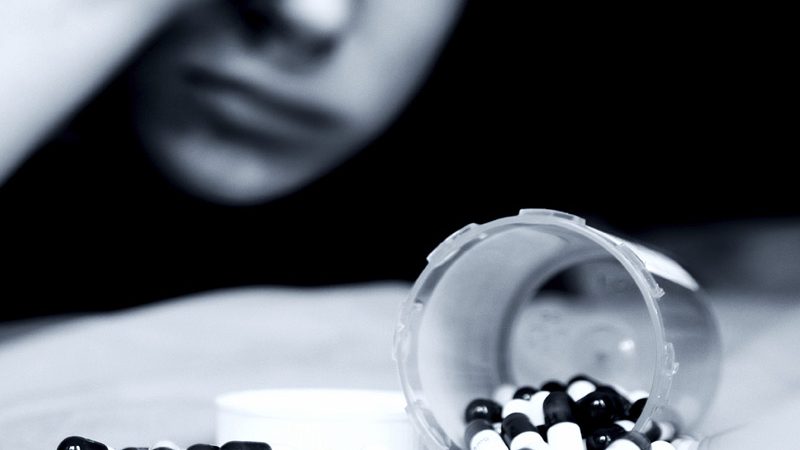 Antidepressants are a type of medication used to treat clinical depression or prevent it recurring.

They can also be used to treat a number of other conditions, including:

Read more about when antidepressants are used.

It’s thought that antidepressants work by increasing levels of a group of chemicals in the brain called neurotransmitters. Certain neurotransmitters, such as serotonin and noradrenaline, can improve mood and emotion, although this process isn’t fully understood.

Increasing levels of neurotransmitters can also disrupt pain signals sent by nerves, which may explain why some antidepressants can help relieve long-term pain.

While antidepressants can treat the symptoms of depression, they don’t always address its causes. This is why they’re usually used in combination with therapy to treat more severe depression or other mental health conditions caused by emotional distress.

How effective are antidepressants?

Most people benefit from taking antidepressants to some degree, but research suggests antidepressants may not be as effective as previously thought in cases of mild depression.

However, they’re the most effective treatment in relieving symptoms quickly, particularly in cases of severe depression.

The Royal College of Psychiatrists estimates that 50-65% of people treated with an antidepressant for depression will see an improvement, compared to 25-30% of those taking inactive “dummy” pills (placebo). This means that most people do benefit from antidepressants, even if it’s sometimes a result of the placebo effect.

Doses and duration of treatment

Antidepressants are usually taken in tablet form. When they’re prescribed, you’ll start on the lowest possible dose thought necessary to improve your symptoms.

Antidepressants usually need to be taken for around seven days (without missing a dose) before the benefit is felt. It’s important not to stop taking them if you get some mild side effects early on, as these effects usually wear off quickly.

If you take an antidepressant for four weeks without feeling any benefit, speak to your GP or mental health specialist. They may recommend increasing your dose or trying an alternative medication.

A course of treatment usually lasts for six months, although a two-year course may be recommended for people with a previous history of depression. Some people with recurrent depression may be advised to take them indefinitely.

Different antidepressants can have a range of different side effects. Always check the information leaflet that comes with your medication to see what the possible side effects are.

In general, the most common side effects of antidepressants are usually mild. Side effects should improve within a few days or weeks of treatment, as the body gets used to the medication.

There are different types of antidepressants. Some of the most widely used types are discussed below.

SSRIs are the most widely prescribed type of antidepressants. They’re usually preferred over other antidepressants, as they cause fewer side effects. An overdose is also less likely to be serious.

Fluoxetine is probably the best known SSRI (sold under the brand name Prozac). Other SSRIs include citalopram (Cipramil), paroxetine (Seroxat) and sertraline (Lustral).

Examples of SNRIs include duloxetine (Cymbalta and Yentreve) and venlafaxine (Efexor).

NASSAs may be effective for some people who are unable to take SSRIs. The side effects of NASSAs are similar to those of SSRIs, but they’re thought to cause fewer sexual problems. However, they may also cause more drowsiness at first.

The main NASSA prescribed in the UK is mirtazapine (Zispin).

TCAs are an older type of antidepressant. They’re no longer usually recommended as a first-line treatment for depression because they can be more dangerous if an overdose is taken. They also cause more unpleasant side effects than SSRIs and SNRIs.

Exceptions are sometimes made for people with severe depression that fail to respond to other treatments. TCAs may also be recommended for other mental health conditions, such as OCD and bipolar disorder.

Some types of TCAs, such as amitriptyline, can also be used to treat chronic nerve pain.

Alternative treatments for depression include talking therapies such as cognitive behavioural therapy (CBT).

Increasingly, people with moderate to severe depression are treated using a combination of antidepressants and CBT. Antidepressants work quickly in reducing symptoms, whereas CBT takes time to deal with causes of depression and ways of overcoming it.

Regular exercise has also been shown to be useful for those with mild depression.

Read more about alternatives to antidepressants.

The Yellow Card Scheme allows you to report suspected side effects from any type of medicine you’re taking. It’s run by a medicines safety watchdog called the Medicines and Healthcare Products Regulatory Agency (MHRA). See the Yellow Card Scheme website for more information.